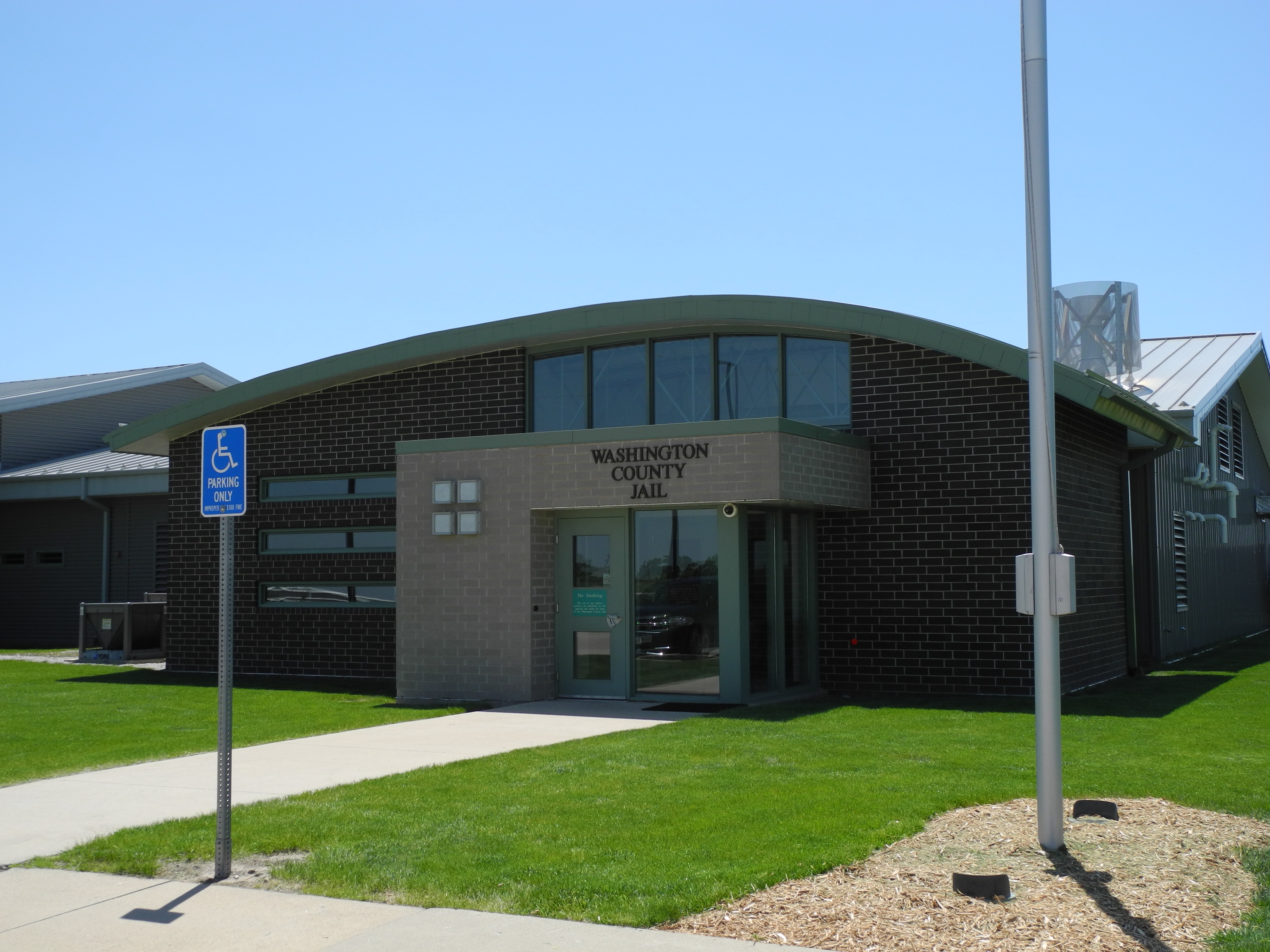 Chief Jailer Stan Stoops received a phone call from State Jail Inspector Mike Richardson on Friday, March 1. Richardson advised that the approval would be for a 2 year term.

After the 2 years, the Board of Corrections would have to review the request for waiver and variance to make a determination on the status of the jail. The reason for the 2 year approval was because Washington County has and is attempting to resolve the jail problem by attempting to pass new jail referendums.

Sheriff Dunbar requested and received approval from the Board of Supervisors to proceed with repairs on the jail. The estimated cost to repair and reopen the jail was $38,000.00. The project is complete and expenditures came in well below the initial estimate and well ahead of the April 30, 2005 target date.

In January, Richardson said there were 4 issues that needed to be addressed in order to bring the jail up to state standards. As of  March 17, 2005 those 4 issues were addressed at a cost of around $2,000.00. On March 15, 2005 the Board of Supervisors Chairman, Sheriff, Chief Deputy, and Chief Jailer signed a letter requesting a waiver and variance that would allow the jail be reopened. With the proposed new jail standards the jail could be opened for 11 inmates. Four of the cells fell 1 1/2 square foot short of housing 1 additional inmate each. In the letter Sheriff Dunbar submitted to the Department of Corrections he asked for the a variance to increase from 11 inmates to 15. Richardson advised that the waiver had been granted last Friday.

Sheriff Dunbar stated that “I can't emphasize this enough; this is a temporary fix to our jail problem”. He feels that Washington County needs to move forward by building a modern jail as soon as possible. Sheriff Dunbar has been reviewing the previous jail plans with the Durant architect and the Washington County Supervisors several changes have been made to the past proposals in an effort to reduce the cost and increase the efficiency of the facility..

There has been a great deal of community discussion about why the existing jail was closed and never re-opened. Sheriff Dunbar's goal is to move forward and address Washington County 's current and future jail needs as economically as possible.

The current Washington County Public Safety Center was built in the 1960s and was designed to serve as both jail and residence of the sheriff. In the 1970s extensive remodeling was done to convert the living area into offices for the Sheriff's Department and the Washington Police Department.

October 2002
In October of 2002 Washington County began charging sentenced inmates a housing fee. The fee, $25 per day is intended to help defray some of the ongoing expenses associated with housing inmates.
July 2000
On July 1, 2000 the State of Iowa Jail Inspector closed the jail portion of the facility. State regulations dictate the amount of floor space per prisoner, separation by classification, food service requirements, exercise requirements, and numerous other details.
Online Payments
Transparent Government
Notify Me®
[]